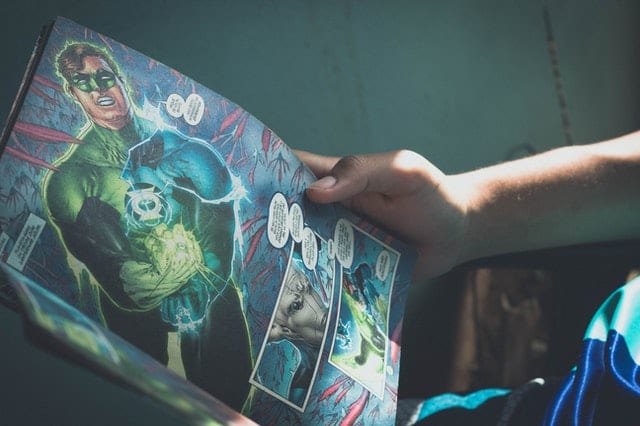 Anyone working in the field of translation understands that different types of translations have a different range of complexities, so in this post we’ll take a look at the translation of comic books and the problems that translators may face.

Anyone working in the field of translation understands that different types of translations have a different range of complexities, so in this post we’ll take a look at the translation of comic books and the problems that translators may face.

The Constraints of Translating Comic Books

When translating, comic books present not only the typical constraints of language, such as idioms, double meanings, idiolect, and so on, but also the limitations of space. We all know roughly how comics work: they provide information not only with words, but they’re also linked to an image. This means that the translator must confine their translation to the limited amount of space provided. It’s important to remember that, generally, the original author was not thinking about how their work might be translated, but was ensuring that the speech bubbles were the perfect size to fit the text. In addition, the translator doesn’t have access to the same workarounds that can be used with other texts, like footnotes, explanatory notes, and so on.

Therefore, in order for the translator to provide an acceptable translation that’s as close as possible to the original, they must remove any accessory content, similar to what happens with subtitling, which also has strict space limits. It is unfortunate that, with this type of translation, important text will be eliminated on occasions, because with the limited space available there’s no way in the target language to translate the original idea. This can be really frustrating for translators because they know that the reader will ultimately not receive the full information; but there’s very little that can be done about this problem.

Another important issue when translating comics is the varying onomatopoeia in comics; and this refers to onomatopoeia not only inside the bubbles but those also in the animation. An example of Onomatopoeia includes animal noises such as meow, oink, chirp, or roar. Onomatopoeia tend to be highly characteristic of the country of origin, for example, they’re widely used and play a key role in comics in the United States, but they may have no meaning at all for the reader from another country.

In these cases, the solution is generally to change the design. However, besides being quite expensive, it does bring into question the extent to which the cartoonist’s work should be amended, when it is this artist’s work and it should be respected. Generally, we see that the original is left and other solutions (normally unsuccessful) are used. These might be adding a small sign next to the onomatopoeia or trying to put the translation in the blank space left between bullets.

Using Professionals for Your Translation Projects

When translating comics, there are experts in the translation industry who perfectly understand the source language and its expressions and idioms. It’s very important to be able to translate the original as faithfully as possible, but also to stay within the original space whilst simultaneously losing as little information as possible.