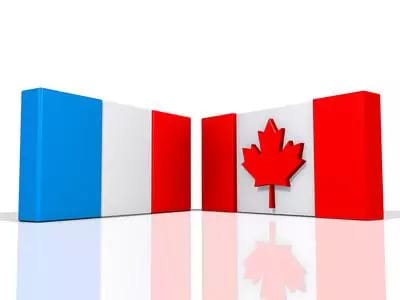 English to French Canadian Translation: Not As Simple as It Seems

English to French Canadian Translation: Not As Simple as It Seems

French is not a monolithic language but has a variety of dialects and versions around the world, so any attempt to translate marketing or other business materials for a specific region – even a specific region inside France – must be very specific.

French is just one of those languages that never quite settled down. Even in France itself, there are many, many different regional dialects. What gets taught in schools and what most people think of as French is called Parisian French, or sometimes Metropolitan French. Simply put, this is the French that is spoken in Paris and officially in the government.

It’s ‘official’ French by default, yes, but it’s simply one dialect among many, in reality. Paris, of course, being the capital of France in so many ways, has always exerted an outsize influence on the rest of the country and the culture, so it’s not surprising that it’s been chosen to represent the language, but if you’re marketing to or working in a specific region of France, you had better do your homework and make sure you’re translating into the right version of French.

Certainly, people will probably be able to understand you if you stick with Parisian French, but you will be marked as an outsider who made no effort to truly understand their market – not exactly the sort of reputation anyone wants.

The areas of Canada that speak French have been cut off in many ways from France for almost 250 years now. Two and a half centuries is a long time to develop along a separate track, and the French language in Quebec and other areas of France are so different now, the same rule applies. If you show up speaking schoolboy French you may be able to communicate, but you will obviously be an outsider.

The challenge in English to Canadian French translation isn’t so much vocabulary but in the very nature of French. French is a very descriptive, idiom-rich language. If you’re not using the right phrases and idioms, you don’t sound native. In Canada, many of the phrases used in everyday life have evolved separately from Parisian French, and the two languages now sound very different, even in pronunciation. It takes hard work to get it right.

And that’s just another lesson as to why you need a human being who understands these shadings when you have French translation work to do!