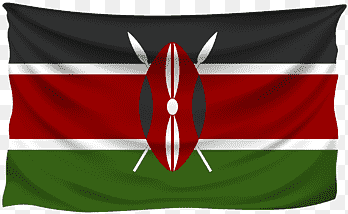 Swahili has had a flexible history that involves heavy borrowing of words from every language it has encountered.

History is full of examples of languages evolving due to contact with each other, and this continues today, all over the world. One of the champion word-borrowing languages, in fact, is rooted in Africa: Swahili.

The name Swahili itself comes from Arabic; the Arabic word sahil means “boundary” or “coast,” and the internal name for the language is kiswahili, which means literally “language of the coast.” Swahili had a lengthy and penetrating contact with the Arabic and Persian languages for centuries, and borrowed a number of words directly from each. What’s interesting is the almost random nature of the borrowing – for example, when counting in Swahili the numbers one (moja), two (mbili), three (tatu), four (nne), five (tano), eight (nane), and ten (kumi) are all of African (Bantu) origin. But the words for six (sita), seven (saba), and nine (tisa) are borrowed from Arabic! What’s also interesting is that the original Bantu word for nine (kenda) is still used in some contexts.

Some of the Persian borrowings clearly stem from the economic links between the two cultures. Words like tea (chai), pickle (achari), serikali (government), diwani (councillor) demonstrate the legal and trade relationships that existed for centuries.

The Portuguese controlled regions of Africa for hundreds of years, including the coastal areas where Swahili was spoken, and thus the Portuguese language had a clear influence on Swahili as well. These word borrowings are very eclectic, and include examples such as table (meza), prison (gereza), and money (pesa – interestingly related to peso).

In the later Colonial period, the English and the Germans arrived and had their own swing at influencing Swahili, and Swahili was delighted to absorb more words from these languages as well, including bicycle (baiskeli), bus (basi), pencil (penseli), and machine (mashine) from English and school (shule) and coin (hela) from German.

Much of this language evolution resulted from a natural process of people attempting to communicate, unlike many modern societies where this process of language evolution and borrowing is battled with regulation and education standards. It’s pretty clear to me that the natural state of language is to constantly change and borrow from other influences – which is ultimately why attempts to control languages will always fail.