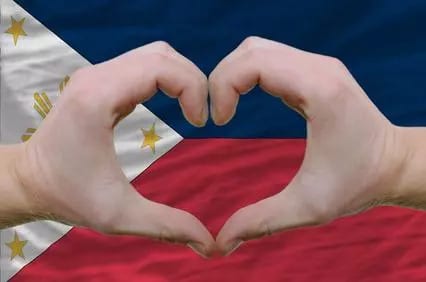 A History of the Languages in the Philippines

A History of the Languages in the Philippines

The Philippines is a country of many languages, and the journey to modern-day Filipino is filled with twists and turns.

When the Spanish arrived in the 1500s, they found a region dominated by three main languages – Tagalog, Llocano, and Visayan. These three are distinct languages but have enough in common that almost everyone in the country spoke at least two of them, and thus communication was very easy.

In addition, there are at least 70 other distinct languages spoken by the people of the Philippines, and there may be as many as 170 – all of them distinct languages, not simply dialects. This remarkable number of languages persist to this day.

The Spanish, naturally, conducted their imperial business in Spanish. While Spanish never supplanted the local languages, it certainly had an influence over them, and many of the local languages of the Philippines borrowed words, phrases, and structures from Spanish over the years.

In the early 20th century, Tagalog was selected to be the official language of the Philippines along with English. The version of Tagalog chosen was renamed Pilipino in order to distance itself from the Tagalog ethnicity and make it appear more universal.

In the 1973 constitution, a further call for a language to replace this – to be known as Filipino – was made, but in the modern-day Filipino is really just Tagalog renamed. Filipino is really just a variety of Tagalog spoken in urban Manilla, and most Filipinos speak it along with their own regional language, and frequently English as well.

Today Filipino (Tagalog) and English are the two official languages of the Philippines, with seven other regional languages recognized officially. The Philippines has one of the densest concentrations of distinct languages in the world, and that linguistic tradition has helped shaped modern-day Filipino.