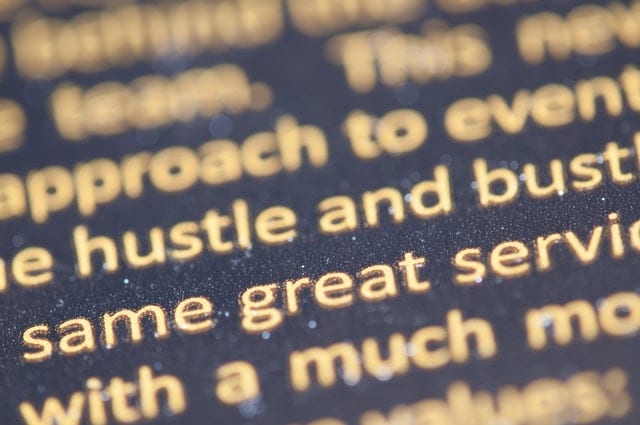 One side-effect of being a translation professional in the modern world is a hyper-awareness of language and how it’s used, in both the specific and the abstract. You find yourself on trains or buses, street-corners, or standing at parties when a turn of phrase catches your ear, and you become absorbed in a sudden analysis of what it means in the larger context of language as a worldwide communication tool.

Call it the Language Translation Curse. Wherever we go, the cinema, the theatre, our local coffee shop, we find ourselves thinking about the language we’re hearing. One aspect of language that has always fascinated me also tells me that no matter how small the world gets, or how universal some languages like English or Mandarin might become, there will always be a need for translators on some level. That aspect is the “walled garden” effect of slang and jargon. In short, my conclusion is that people are always trying to use language to separate themselves – and as a result, translation will never truly go out of business.

Slang and jargon evolve from different places, but from some not-so-different motivations. Both serve as isolating techniques: They keep outsiders outside, and welcome insiders in with full privileges. Slang tends to be more organic, but it still serves the purpose: If you arrive in a local area and don’t understand the local slang, they know immediately you’re not one of them, and can have entire conversations in front of you that you won’t be able to understand.

Jargon is usually more professional in nature, and has the added benefit of actual utility. Jargon serves to make language among professionals more precise. Instead of using words that have a lot of broad general meanings, you use words that only mean precisely what they need to. It cuts down drastically on errors and miscommunication.

But Jargon also serves to separate out the non-professional, resulting the same sort of “walled garden” effect. This is, for example, how doctors can have candid discussions about your condition right in front of you, with you none the wiser.

While translating jargon and slang isn’t the same thing as translating a full text in a source language, it’s a similar principle, and the fact that people all over the world are still building new gardens of jargon and slang despite all the talk of a smaller world and a universal language is telling. What it tells me is that people don’t necessarily want to tear down those walls – they’re too useful. And that means, in turn, that translation will always have a role to play.

Which, naturally, is good news for someone like me. It’s human nature to try and wall off a segment of your existence from outsiders, and since slang and jargon still play beneficial roles for most people it’s difficult to argue against.