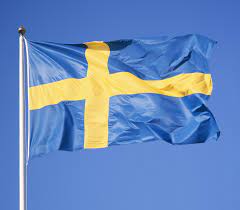 The History of the Swedish Language

The History of the Swedish Language

Swedish is a fascinating language that has roots dating back to the Vikings and remains today one of three mutually intelligible Scandinavian languages.

Spoken by nearly 10 million people in the world, Swedish isn’t a language you’ll absolutely need if you travel the world. But it is a fascinating language to learn about. As one of the Indo-European languages, its roots have connections to other Germanic languages, especially Danish with which it forms the Eastern Scandinavian branch. In addition to Sweden, Swedish is also spoken in Finland and Estonia.

Swedish traces itself back to what’s known as Old Norse, the language of the Vikings and all of the Scandinavian lands. Starting in the 9th century, Old Norse underwent splits and divisions over time that eventually gave birth to a remarkable three modern languages which are actually mutually intelligible – Swedish, Danish, and Norwegian!

This amazing fact is part of what drew me to study Swedish in the first place, the idea that three separate languages retained enough of their ancestral linguistic DNA to be understandable to each other amazed me, because we tend to think of languages as a barrier.

Swedish has evolved into a very standard language without a lot of variation, based primarily on the version of the language that came to be spoken in Stockholm. This is today still known as Stockholm Swedish to the Swedish people. There are relatively few dialects, but they do exist: Orsa and Narpes. What’s remarkable about these dialects is that in direct contrast to the situation of Danish, Norwegian, and Swedish, these dialects are usually not mutually intelligible. As a result, Orsa and Narpes speakers in Sweden usually also speak Stockholm Swedish.

What’s known today as Modern Swedish began as a distinct period in the late 19th century, when the printing press and the resurgence of a sense of national identity combined to raise awareness and affection for the Swedish language in Sweden and elsewhere.

It was during this period that a Swedish literary renaissance of sorts, led by figures such as August Strindberg, helped to standardize the language’s grammar and vocabulary.

Today, Swedish is a stable, modern language that has plenty of rewards for anyone who wishes to expand their linguistic horizons.