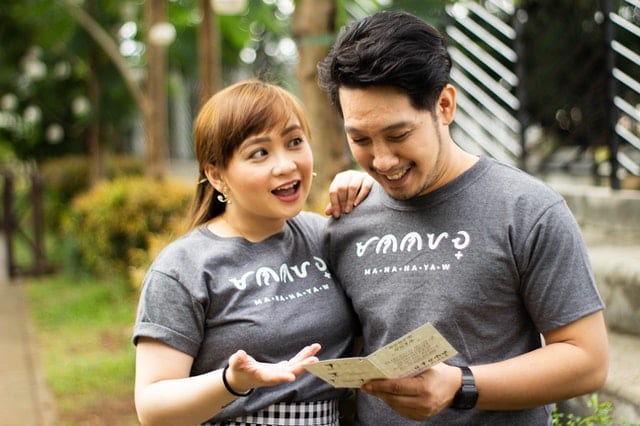 As with all languages, the Filipino language has many examples of wise proverbs handed down throughout history.

The Filipino (Tagalog) word for ‘proverb’ or ‘maxim’ is salawikain, with the additional connotation of wisdom being passed down from your ancestors, which is a beautiful way to think of proverbs. The Filipino culture is a very pragmatic and resigned one that assumes hardship – but also assumes ultimate victory once that hardship is survived. Many of their proverbs are concerned with this concept of enduring what must be endured.

This translates to “Life is like a wheel, sometimes you’re up sometimes your down.” You can sense that undramatic, calm approach to life that is essentially Filipino. Or another example: ang karukhaan ay hindi hadlang sa pagtatagumpay (poverty is not a hindrance to success). I love the idea of this lesson, that your present circumstances do not necessarily constrain your future prospects. The Philippines is not precisely a rich nation, and I imagine this salawikain gets a lot of use.

There is also a strong sense of community to be found in Filipino culture, and that is represented by its proverbs as well, like ang sakit ng kalingkigan, sakit ng buong katawan (the pain of the little finger is felt by the whole body). Or, one of my all-time favourites in any language, a proverb packed with so much wisdom (at least for those people who are married) that it should be spread far and wide in every language: ang pag-aasawa ay hindi biro, ‘di tulad ng kanin, Iluluwa lung mapaso. It’s brilliant translation is “Marriage is not a joke. It is not like food that you can spit out when it is too hot to chew.”

And what of “Health is Wealth”? Can I prove my earlier theory? I certainly can, as you find this almost word for word in the form of the salawikain ang kalusugan ay kayamanan. Some pieces of wisdom are powerful enough they seem to be embedded in our shared DNA.

Shira Pik-Nathan Portuguese is one of the most widely spoken and fastest-growing languages in the world.
Everything Translation

Ira Kay Despite being considered a relatively "new and modern" phenomenon, machine translation has existed since the 1950s. Over the years, it has vastly improved, so much so that the translation industry is continuously...
Everything Translation

Why Your Company Needs a Translation Style Guide & Glossary

Ira Kay If you’re new to or less familiar with the localization industry, it may come as a surprise to learn that a “correct” translation is far more subjective than you think. Five professional...
Back to Blog