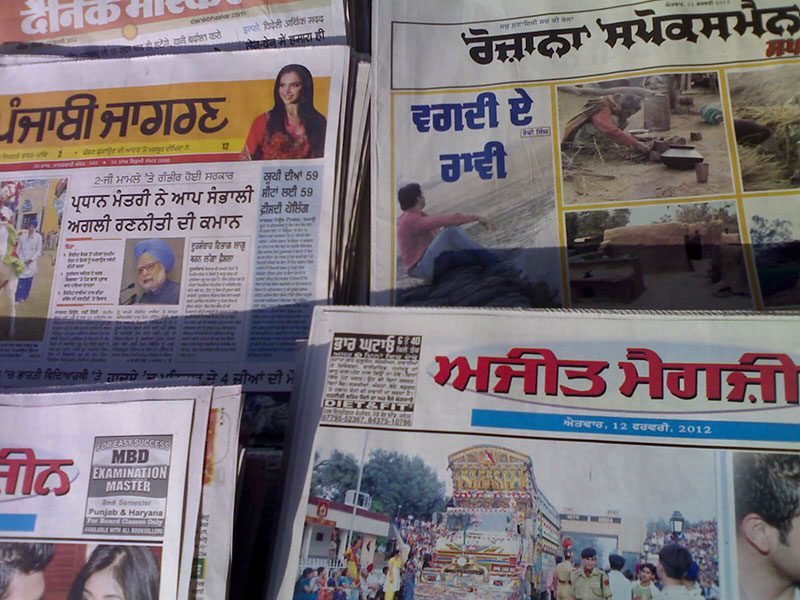 Punjabi isn’t very familiar to most Westerners, but it’s a widely-spoken and vital language all over the world.

I’ll make a bet right now that you don’t know much about the Punjabi language – and I’d go even further and make a bet that you actually think Punjabi is a minor language of little importance, perhaps a dying language. It’s okay – Punjabi needs better publicity. And if I’m wrong about you, accept my apologies – I’m basing this solely on my experience with most people, who give me blank expressions when I mention the language – and of course my own language translation professional arrogance and bias.

The name Punjabi is actually Persian, and translates to ‘Five Waters,’ referring to the five major eastern tributaries of the Indus River which defined the ancient Punjab region, today split between India and Pakistan.

Punjabi is a descendent of a language of northern India called Shauraseni. Punjabi emerged as a distinct language in the 12th century as the Punjab region began to coalesce as a distinct culture, producing its own poetry and other writings in the new language.

Punjabi is today one of the official languages of India – but isn’t recognised at all in Pakistan, which is incredible when you consider that it’s the most-spoken language in that country! Punjabi is, in fact, under assault in that country, as it’s not even taught in schools – not even in the actual Punjab region!

Interestingly, the script used to write Punjabi changes over a wide geographical area, with different scripts used within Pakistan and in India. This sort of adaptive approach to the written form of the language has contributed to its survival over the years despite what is obviously a hostile attitude at least on the part of Pakistan. While India is much friendlier to Punjabi, only about 30 million Punjabis live in India as opposed to the 76 million that live in Pakistan – to save the language going forward we are going to have to change Pakistan’s mind about the language itself.